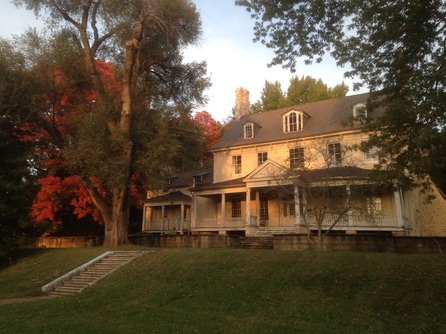 Fall and its stunning colors have arrived at Bostwick House. Notice the shiny new windows as well! 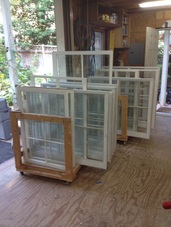 The Bostwick window restoration is moving along nicely and all have been reglazed and are now being painted and readied for re-installation. Very exciting progress. 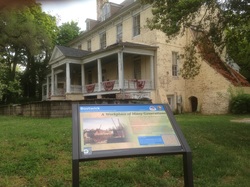 Thanks to a grant from the National Park Service (NPS) and the Maryland State Highways Administration (MSHA)/National Scenic Byways program in partnership with Maryland Milestones and the Star Spangled Banner National Heritage Trail, Bostwick House has a series of five interpretive signs around the property to provide a little insight into the long history of the house within the Bladensburg community. 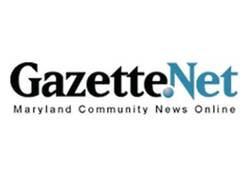 By Eric Goldwein
Bladensburg officials want to resurrect the town’s oldest surviving structure — a house that played a crucial role in the War of 1812 — in time for next year’s bicentennial commemoration. Continue Reading 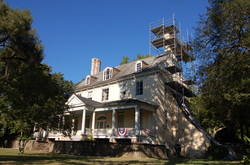 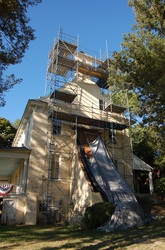 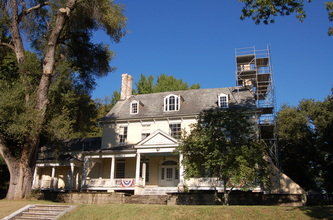 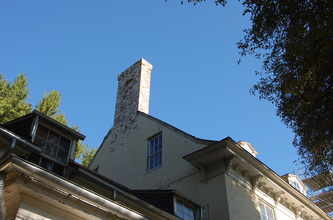 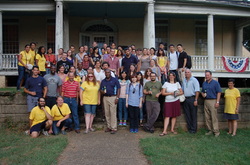 Organized by the University of Maryland's Collaborative Student Planning Committee, new students to the School of Architecture, Planning, and Preservation were introduced to the area with a tour of Prince George's County.  Sites included National Harbor, Fort Washington, the Glenn Dale Hospital Campus, and Riversdale House Museum among others. One of the sites visited will be the focus of a collaborative charrette in the spring. The tour concluded with refreshments at the Bostwick House.